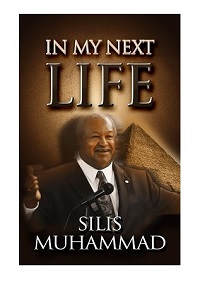 Finally You Can Rip Off Mental Blinders Keeping You Misinformed About Blacks In America!

In My Next Life walks you through important Black historical events as seen through the eyes of Author Silis Muhammad. Gain an intimate understanding of the 400+ year cultural sojourn of Black people in America since plantation slavery as well as its spiritual significance. After reading this book, you'll understand the significance of monumental subjects, such as the rise, fall, and rise again of the Nation of Islam, Ancient Egypt, the United Nations-recognized Afrodescendant identity, Armageddon, and of seminal figures, namely the Most Honorable Elijah Muhammad, Imam Warith Wallace Deen Muhammad, Minister Louis Farrakhan, and more. 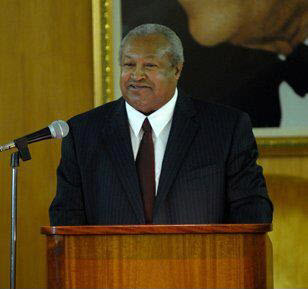 Silis Muhammad was born in Marlin, Texas in 1938 with the birth name of Silis P. Bell.  He graduated from high school in Amarillo, Texas and entered active duty in the U.S. Army, receiving an honorable discharge in 1966.   Raised as a Christian, he practiced and believed Christianity until he heard whisperings of the Lost Found Nation of Islam upon moving to Los Angeles in 1959.  Within the next two years, the Nation would become his life.

In 1964 he met and married Harriett Muhammad, the ex daughter-in-law of the Honorable Elijah Muhammad.

In 1989 Mr. Muhammad began his leadership of the reparations movement in the international arena.  He and his wife traveled to The Peace Palace in The Hague, The Netherlands, seeking reparations for the Lost-Found Nation of Islam and all descendants of enslaved Africans in the Western Hemisphere.

Today, as a result of their work, Afrodescendant Peoples include all descendants of enslaved Africans living in all parts of North, Central, and South America, the Caribbean and throughout the slavery diaspora, who are now recognized and protected by international law.

A must read….Mr.Muhammad, walks us down the line of history back into the mind of our ancestors revealing hidden truths that have been right before our faces. Just when you thought there was nothing more to learn from those ancient scriptures carved on stone he drops the bombshell. In My Next Life, reveals the real thought behind the building of the Pyramids over fifty thousand years ago.